I’ve been a puppeteer in film and television for over 30 years.

I started out as a mime, attending The Mime School Unlimited in Toronto and L’Ecole De Mime Corporeal (Omnibus) in Montreal. During this time I also studied clown with Richard Pochinko, performing with his troupe in New York and Germany. As well, I’ve studied with the Del Arte School  (masks), with Dean Gilmore (clown) voice with David Smukler and Michelle George .  I  studied improvisation at The Second City with Bruce Hunter who I later worked with for many years. I  studied acting at The New School of Drama  and film acting at the  the Professional Actors Lab. 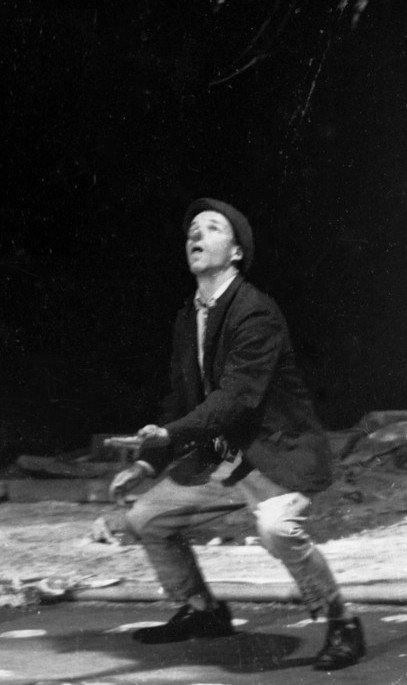 So where’s the puppetry? In 1983 I was working in a mime troupe with Rob Mills and Trish Leeper when The Muppets came to Toronto to shoot Fraggle Rock. The Three of us got hired  to run around in body suits as the Gorg  characters. Four years of working on Fraggle Rock taught me most of what I know about puppetry. To be sure I ‘ve learned more over the years, I learned something from every production I’ve been on.  I  also  took workshops with people like  The Puppetongers Powell,  Albrecht Roser and Nikki Tilroe to name a few, but the Muppets laid the base and set the bar. Click on the Resume link to see a full list of my credits.